"The standard will be of significance for both research and legislation," says coordinator Petter Olsen.

Food fraud, or food crime as it more properly should be called, is a wide-ranging subject. It can involve anything from the assertion that a food product is something other than it actually is, to the exclusion of information about the ingredients used. But how does one define the term “food fraud”? And what about sub-terms such as “mislabelling” or “adulteration”?

“It’s not always easy to distinguish between similar concepts, but incorrect use of words can have significant consequences”, says Petter Olsen.

He is a senior scientist at Nofima, the Norwegian Institute of Food, Fisheries and Aquaculture Research, and he has led a European initiative with the objective of making communication regarding food fraud more precise.

Together with food fraud experts from several European countries, he has made a European standard that defines many of the English terms and concepts used in connection with food fraud. The words are placed in a hierarchical system that makes it easier to understand how they relate to each other.

Petter Olsen coordinated the standardization efforts as part of the EU-funded projects “Authent-Net” and “FoodIntegrity”. The standard was published in January 2019 by Standard Norway, and it is also being distributed by several other National Standardization Bodies in Europe. The full name of the standard is CWA 17369:2019 – “Authenticity and fraud in the feed and food chain – Concepts, terms, and definitions”.

“We have created a common European standard in which all the definitions are interconnected and mutually consistent”, he says.

Olsen asserts that there was a great need for a common standard that defines, categorizes and clearly separates the different concepts.

“Terms relating to food fraud are often used interchangeably even though they mean entirely different things. This can lead to confusion and misunderstanding, especially across borders”, he says.

Important for research and legislation

Food fraud is a worldwide problem. In recent years, many countries have committed considerable resources to combat the issue.

“It is clear that this standard will be significant, especially when it comes to research and legislation”, says Olsen, and adds:

“For example, if one defines laws and regulations that refer to the tampering or adulteration of food, it is important that everyone understands the difference between these two terms. The same applies when developing statistics, creating reports, or writing scientific publications.” 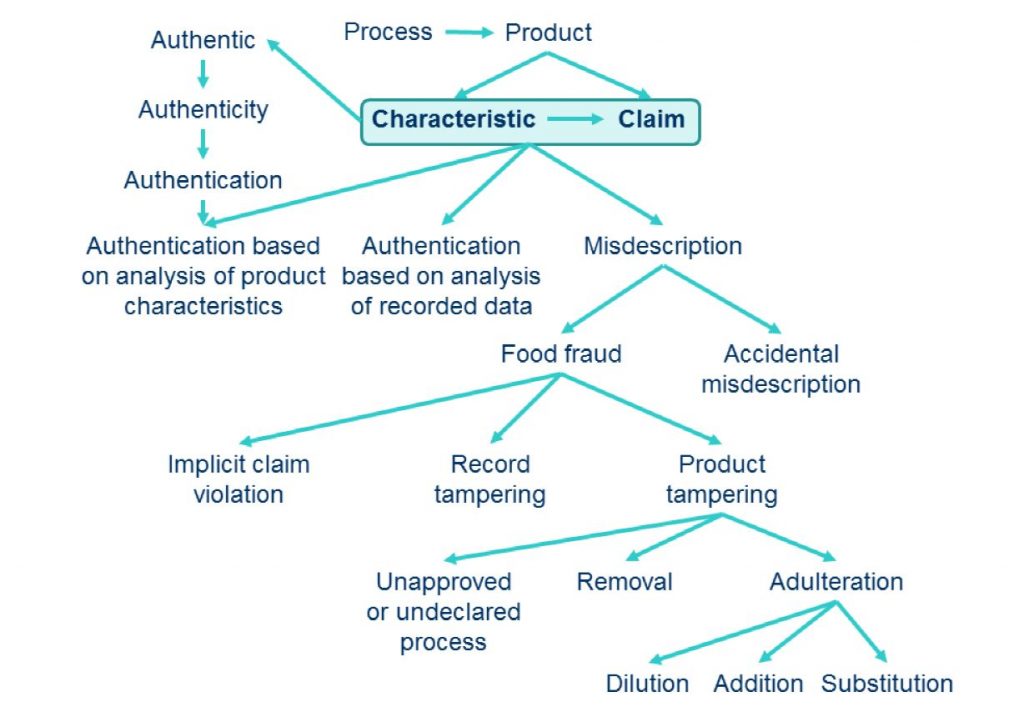